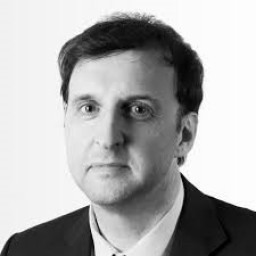 An Englishman who converted to Islam in his youth, Mr Freeman studied law at Cambridge University where he gained BA and MA degrees and was President of the Islamic Society.

Since qualifying as a Solicitor of the Supreme Court of England & Wales in 1995, Mr Freeman has worked exclusively as a financial services lawyer spending almost equal periods of time in the City of London and the Kingdom of Bahrain. He began his career in private practice working for many of the large investment banks in the City, but soon developed a niche reputation for Islamic finance (working on some of the very first Shari’ah-compliant transactions in the UK) and relocated to the Arab Gulf region in 2001.

Mr Freeman was initially Head of Legal at Gulf International Bank (then the state-owned bank of the six GCC countries) but quickly gained global recognition as General Counsel of the Central Bank of Bahrain – the leading financial regulator in the MENA region - consequently having enormous influence on the development of Bahrain as the world’s leading Islamic finance centre. He was responsible for drafting many of the banking & financial services laws of the country, including the principle enactment, the Central Bank of Bahrain and Financial Institutions Law. Amongst many other ground-breaking initiatives, he presided over the legal team and personally advised the Ministry of Finance on every international sovereign sukuk (bond) issue of the Kingdom (- some of the first anywhere in the world) during his 13 year tenure as the Bahrain’s senior most public sector banking lawyer.

On the international stage, Mr Freeman was a member of the small working parties that designed and set-up the influential Islamic Financial Services Board (IFSB – the global regulator of the industry) and International Islamic Financial Market (IIFM – the global standardisation body), personally drafting their founding documents. He was also a member of the working party that established Bahrain’s highly-acclaimed Waqf Fund, again drafting its founding documents. He has served on many other committees, particularly those charged with harmonising and/or standardising transactional documents.

Mr Freeman has been Head of Islamic Finance at two City of London law firms, including at Clifford Chance (the world’s largest most successful law firm) where he set-up their Islamic finance department. He has worked on numerous Islamic finance transactions for Governments, central banks, Islamic banks, conventional banks, investment funds and HNW investors (including several ruling family members). He has drafted all the principle Shari’ah contracts such as murabaha, salam, istisna’a, ijara, mudaraba, musharakha and has advised on these and other Shari’ah concepts such as sukuk, wakala, hawala, arboun, rahn, kafalah, takaful over many years. He is an acknowledged expert on the regulation of Islamic banks and other financial service providers and has given expert legal opinion on many transactional, regulatory and accounting issues.

Mr Freeman has excellent knowledge of the funds and asset management industries. He redrafted the collective investment scheme rules of the Kingdom of Bahrain and was responsible for approving the registration of several hundred funds and the authorisation of their managers, operators, administrators, custodians, investment advisers, etc.

He has also worked on numerous bank re-organisations, including some of the first Islamic bank mergers, acquisitions and conversions. He is widely recognised as an expert on financial rescues in the Gulf region and led the legal team for the regulator and largest creditor of the world’s biggest Islamic bank restructuring and the first carried out within Chapter 11 US bankruptcy code proceedings.

Mr Freeman is a regular speaker at Islamic finance conferences including events organised by bodies like the IFSB, IIFM and BIBF. He has also conducted a number of privately arranged seminars and workshops throughout Europe and the Arab Gulf region.